Plenty tired.  Didn't want to train yesterday.  Thought it the perfect opportunity to try something new!
"We must embrace pain and burn it as fuel for our journey." ~Kenji Miyazawa
Posted by Jason Jaksetic at 8:20 AM 1 comment:

There's no right or wrong way to train for a 150 mile run.  Just prepare the f@ck up!  Rule # 1 for McNaughton training.


This ran through my head as I climbed on all fours up a 20% gradient in 4 inches of fresh powder while dragging a truck tire behind me.  It was filled with heavy, water-laden snow.

Maybe make a better harness than two loops of heavy rope that I threw my arms through.  This is definitely gonna leave a mark.


That was my next thought.

Any run under 10 miles of trails require that I drag a tire for at least half of it - if not all of it.  I suppose I can drop the tire for speed work on a steep grade.  Then I wear a weighted vest

After 4 miles of dragging a tire through the snow I reached the tractor tire and flipped it up and down Joe's long drive way - while still dragging the truck tire.

Then I ran home - still dragging the truck tire

Fatten up.  I'm down to 145 pounds from 160 when I arrived in Pittsfield.  I've been so busy working and training I forget to eat.  I neglect this vital component.  Right now I could ROCK a marathon.  You only use glucose and simple sugars for the most part in an intense 3 hour or less run.  But for 150 miles you burn fat.  You burn muscle.  You burn your freakin' soul if you can get an ounce of forward momentum from it.

Maybe I'm just lighter because I shaved my big Vermont mountain-man beard.
This brings me to...

Rule #4 for McNaughton training
Last race is over - time to begin anew.  Lessons learned, moving forward.  No dwelling.  No attachments.  No nothing.  Brand new.


The ephedra craze has kind of run it's course.  There are all sorts of replacements on the market, the efficacy of which I cannot really speak to.  I've tried them but never really liked how my overall system felt and apetite supression isn't always the greatest of ideas when training 6 hours a day.  Not wanting to eat while your metabolism is articficially cranked through the roof might be a good idea if you sit at a desk all day and don't exercise, but I have doubts about it's use for an endurance athlete.

It was commented upon how much I ate during the 100 mile snowshoe.  At one point I sat down and ate half a pizza, two reubens, and a breakfast burrito and then went out for another lap.

If you think about it, this makes sense.  Not only did I have to burn calories to transport my body over and through the snow, up and down mountains, I had to burn lots of calories to just stay warm.

Have I read it the book?

Do I know if it's true?  Do I have any idea what Tim Ferriss actually did or was trying to say?

Do I know if this is safe?

Hence this video was born.
Posted by Jason Jaksetic at 11:13 AM 1 comment:

Into The Overwhelming Part II: Chapter 1 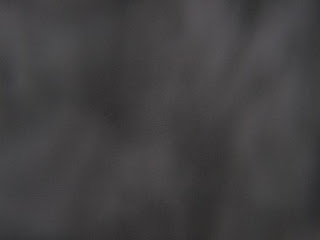 The Overwhelming Part II
Chapter I
Mile 91
Any amount of visualization will fall short.  No projection can prepare you for the severity of unraveling.  No fervent catastrophizing can steady you for the catastrophe of becoming unfettered chaos.  A catastrophe walking.
Devastation comes.  When you have been severed from all your mentally cataloged paradigms of purposes you’d locked down and zip-locked in your brain to carry you through the race, what are you left with?
Not even hope.  It’s just too far to go.  There’s just too far to pull yourself forward.
There is the all too real moment where you loose your shit.  You choke on the absence.
Walking down the last steep decent of lap 14, dragging my right foot immobile behind me and the snowshoe raking up a mound around my calf, the voices in my head began to issue from my mouth.  I scolded myself for talking to myself.  I did so aloud.  I screamed at myself for being crazy.  Aloud.  Vicious circle.
My head big-banged to the size of the mountain that was now drowning me.  Every tree moving in the wind and each explosion of river cascading around me began to take up residence inside me – all sense of self erasing into a throbbing, ultra localized yet non specific pain.
My ankle was done, swollen out of bounds, and my left leg was collapsing under the burden of supporting my whole body.
Earlier the rainstorm had accelerated into a deluge and the rain then turned to ice.  The ice turned to white out snow squall conditions that erased all previous footsteps (more than half a foot deep) in less than 3 hours.
With all my weight on my left foot my race snowshoe (far from adequate to properly distribute my mass in these conditions) would punch through the snowpack that had been loosened by all the rain.  It was a balmy 38 all day.  It was now dropping below 15 but not fast enough.
Beneath the 2 feet of snow was a swamp of water, ice, and mud.  More than once I had to take my immovable, frozen fingers in soaked gloves and dig my foot out – only able to roll over on my side in exhaustion after the effort. Only to repeat said procedure a few steps later.
It’s hard to stay positive at a time like this.
I thought of laying down and going to sleep.  What should have been a two and a half hour loop was now pushing over four hours.  Folks at the barn would start looking for me soon.  I was only about 2 miles from the aid station.
If I was on the course (and in that moment that was a rather less then certain hypothesis) they’d find me in an hour or so.  If they went the right way.  And if I wasn’t buried in snow that was falling fiercely.
I couldn’t walk anymore.  But I couldn’t shake the idea of inconveniencing a rescue party.  I just kept screaming at myself.
And falling.  That was the worst.
You cry.  You bargain.  You give up.  You quit.  You get up again and keep moving.  Why?  Because you are alone on a dark trail in a blinding snowstorm and you’re cold.
Idealism dissipates to nothing more than some washed-out words of inspiration in a novel you can’t even remember.  How I was singing songs, every single word spot on, and I couldn’t even dredge the name of the band from the clusterfuck my brain was dissolving into.
Posted by Jason Jaksetic at 7:28 PM 1 comment:

There Is No Thanks Great Enough

It is a gross error to assume that endurance racing is a solo sport.

Even if you drive to the event alone, run it, and drive home only using the cruise control because your legs don't work, you are still part of a team.

It's the people that care for you and help you get to the start prepared that make you able to compete.  The thoughts of these people carry you farther than any selfish motive.  It's so easy to get lost in your moment out there, but that moment is nothing but the culmination of your support structure so 'I' must be interpreted as 'We'.

Especially, at an event where you are dependent on your support crew.  The people who are giving up their time and energy to try and keep you moving in your absolutely mad pursuit.

I've been silent about my 100 mile snowshoe for the last week even though much has been written about it.  I couldn't face it.  It was too much.

Well, I'm ready to start to confront what exactly it was that I did last weekend.

That's it really.  But it is saturated in emotions, realizations, and feelings that I can't yet articulate.

So I begin my recounting in calling attention to the people that made it possible.

Thank you Carrie for seeing that I was fed and clothed when I could no longer figure those things out.  Thank you for letting me go out there to finish up against all your better judgment.  And better judgement it was.

Thank you Matt for looking out for me and doing a lap or two with me (I honestly can't remember at the moment...it's still fuzzy)

Thank you Andy for putting on such a great race.

Thank you Courtenay for winning in a record time of 35 hrs and with a smile the whole time.  For showing me what it means to be a great athlete.

Thank you Joe for taking me on that last lap and pushing me so hard and so fast I couldn't think about quitting.  I could only just be fully illuminated in pain and the moment.

Thank you friends for putting up with my disappearing acts when i get ready for these events.  Thank you for when I go into hiding after.

Thank you to my family for being the rock that makes doing anything possible.  Your support is the deepest thing I understand.

Thank you for every one out there who takes a second to think about things like this.  It gives me a sense of purpose, no matter how small that might be.

Thank you for reading.
Posted by Jason Jaksetic at 7:28 PM No comments: